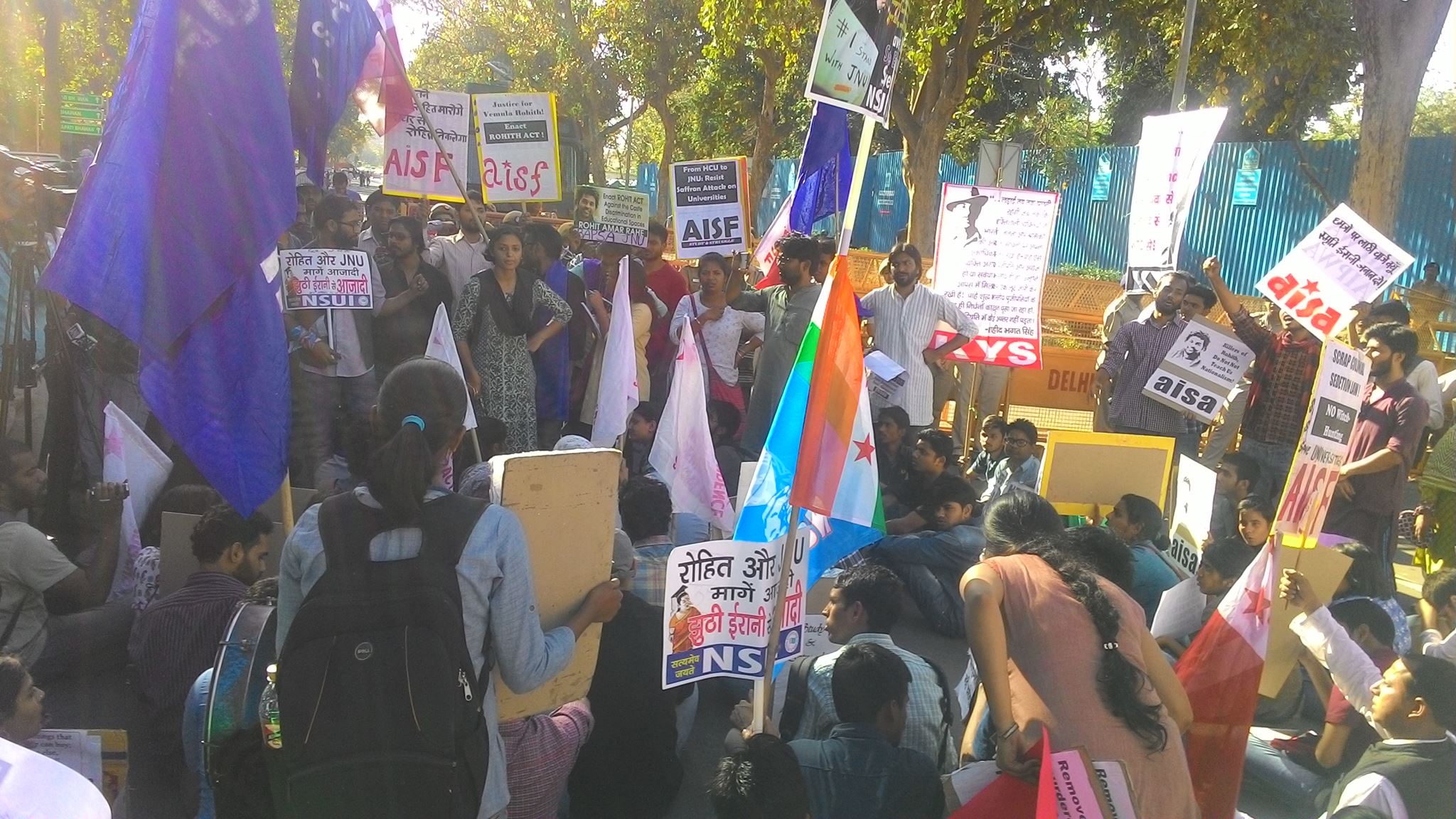 The joint action Committee for social justice Delhi Chapter has been organized a protest march to MHRD on the demand of removal of Appa Rao from the post of VC and against police brutality on the students.

The march has stopped with barricades by Delhi police near national archives and people demonstrated by chanting slogans. The protest presided by JNUSU Vice President Shehla Rashid Shora. Various political party representatives declared their solidarity with the ongoing struggle at UoH and demanded immediate enactment of Rohith Act.

Students from various universities in Delhi such as JNU, JMI, DU and Ambedkar University participated in the march. But it is significant here the least participation of people, mainly because of immediacy of the program and short of time and preparation. The event has been announced by JNUSU last night during the Effigy burning of UoH VC and ABVP, conducted by BAPSA. With all its deficiencies the protest marked rage of people against Smriti Irani, Bandaru Dhatrateya, Apps Rao and others, and condemned heinous links between various faces of state machinery.

The protest appealed to everyone to lend grave attention towards continuous state crackdown over various universities in the country to infiltrate fascist propaganda of ruling NDA regime.