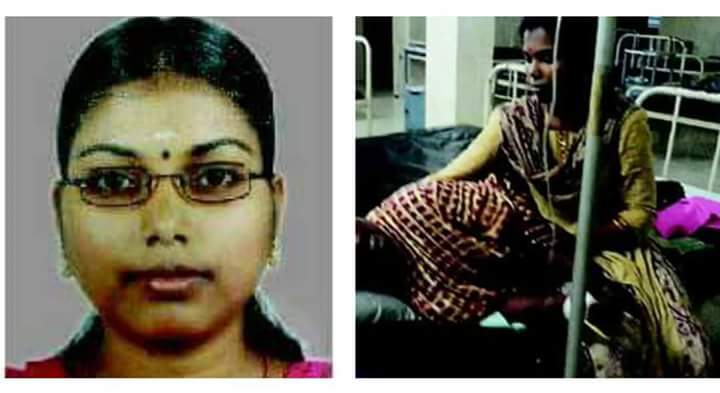 Five days after Jisha, a dalit student of Government Law College, Ernakulam was raped and murdered, Kerala police seems to be dilly dallying with the investigation. While varied statements were made by ruling party and opposition leaders after Jisha’s cremation, the government is largely silent on the course of police investigation.

Jisha was found raped and murdered at her home which stands on Purambokku Bhumi (PDW land) in Iringol Rayamangalam Kanalbund, in Perumbavur district in Kerala. As per the post-mortem and primary police investigation, 30 stab wounds were found on the law student’s body. Investigation has shown that the wounds were made by a sharp object which which the rapists brutalised her face, chin, neck and also her stomach. Her body was found with her entrails exposed as the assailants had cut open her stomach. It is a fatal injury to the back of her head that caused the death, post-mortem report reveals.

Jisha’s body was discovered by her mother, Rajeswari when she returned from her work as a house-help at 8.30 pm on April 28. Jisha has been a regular student at the Government law college and was preparing for examination when she was murdered.

While the opposition leader, V.S Achuthanandan has asked for a special team investigation under the direct supervision of Director General of Police, fact remains that the local police has not gathered pivotal clues to nab the culprits. The police has not revealed when Jisha was last found and also who her last contact was. The rape and murder which is now being called, Kerala’s Nirbaya case, has not gained traction even as the hash tag #JusticeforJisha is trending on twitter.

Social groups have asked for judicial enquiry into the gruesome rape and murder, even as police has not revealed the statements of Jisha’s close of kin including her mother and estranged father, Papu.

One thought on “Silence, neglect shrouds gruesome rape and murder of dalit student in Kerala”