The report, “When Land Is Lost, Do We Eat Coal?”: Coal Mining and Violations of Adivasi Rights in India”, traces how Coal India subsidiaries, central government ministries and state government authorities in Chhattisgarh, Jharkhand and Odisha failed to ensure meaningful consultation with Adivasi communities on land acquisition, rehabilitation and resettlement, and the environmental impacts of mines, seriously affecting their lives and livelihoods.

“The government plans to nearly double coal production by 2020, and Coal India wants to produce a billion tonnes of coal every year. Yet both the company and central and state governments don’t seem to care to speak or listen to vulnerable Adivasi communities whose lands are acquired and forests destroyed for coal mining,” said Aakar Patel, Executive Director of Amnesty International India.

“Abusive laws, poor enforcement of existing safeguards, and corporate neglect of human rights are now leading Adivasi communities to oppose the expansion of the very mines they once thought would bring employment and prosperity, until they receive remedy for violations.”

“Development that does not include the Adivasi & that leaves out the poorest of the poor is not development, but exploitation,” said V. Kishore Chandra Deo, Former Union Minister for Tribal Affairs.

It is based in part on interviews with 124 affected Adivasi people across the three mine areas; village, district and state government officials from the Chhattisgarh, Jharkhand and Odisha state forest departments and pollution control boards; representatives of the three Coal India subsidiaries; and local journalists, activists and lawyers.

The main findings of the report were shared with the relevant state authorities and companies, offering them an opportunity for comment but No response was received.

Land acquisition for Coal India’s mines is carried out under the Coal Bearing Areas (Acquisition and Development) Act (CBA Act), which does not require authorities to consult affected communities, or seek the free, prior and informed consent of Indigenous peoples, as stipulated by international law. A new land acquisition law enacted in 2014 specifically exempts acquisition under the CBA Act from seeking the consent of affected families or carrying out social impact assessments.

In each of the three Coal India mines examined, the central government acquired land without directly informing affected families, or consulting them about their rehabilitation and resettlement. Frequently, the only official notice given was a declaration of the government’s ‘intention to acquire’ land in an official government gazette, which is virtually impossible to access for affected communities.

“The CBA Act undermines communities’ security of tenure. Any eviction resulting from acquisition under the Act is likely to amount to a forced eviction, which is prohibited under international law,” said Aruna Chandrasekhar, Senior Researcher at Amnesty International India.

India’s environmental laws require state pollution control authorities to set up public consultations with local communities likely to be affected by industrial projects to give them an opportunity to voice any concerns. However public consultations conduced in the three mining areas suffered from serious flaws.

Pollution control authorities made few attempts to reach out to villagers who were not formally literate, or to explain the impacts of mining. Advisory committees at the central Ministry of Environment, Forests and Climate Change (MoEF) often only perfunctorily referred to the concerns raised at public hearings before granting environment clearances to mine expansions.

At a public hearing for the expansion of the Kusmunda mine in Chhattisgarh, company officials spent only a few minutes explaining the impact of the project. Of 38 people who spoke at the public hearing, the only one who spoke in favour of the expansion was a Coal India employee. Yet an advisory committee at the MoEF cleared the mine’s expansion without adequately addressing the concerns raised. 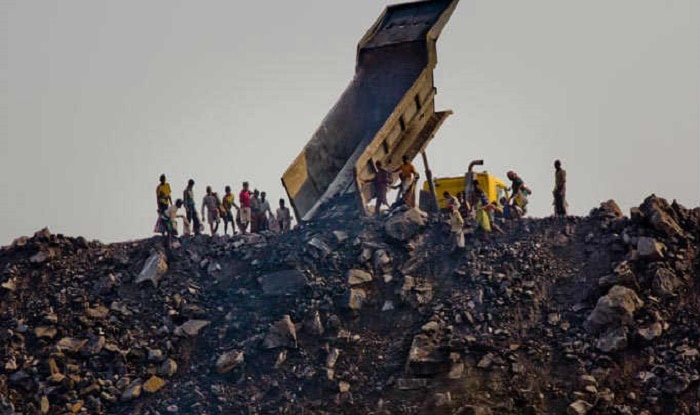 India’s Panchayat (Extension to Scheduled Areas) Act (PESA Act) requires authorities to consult gram sabhas (village assemblies) in protected Adivasi regions before acquiring their land, or deciding on rehabilitation and resettlement measures. These consultations were not held in any of the three mine areas.

The Forest Rights Act requires state governments to obtain the consent of Adivasi gram sabhas before using forest land for industry. Again, authorities did not seek the consent of communities under the Act in the three mines examined in the report, or conducted village assemblies that appeared to be flawed.

“Recognition of the powers of the gram sabha is central to the implementation of both the PESA Act and the Forest Rights Act, and it is this decentralisation of power to Adivasi communities that the state and central governments seem to be refusing to accept,” said Sudha Bharadwaj, a human rights lawyer who works with Adivasi communities in Chhattisgarh.

“In these three mines, authorities and companies appear to have seen public hearings more as a bureaucratic hurdle to overcome than a genuine opportunity to hear and address community concerns,” said Aruna Chandrasekhar.

Under international standards on business and human rights, Coal India and its subsidiaries have a responsibility to respect human rights, including by carrying out due diligence to ensure that government agencies had conducted proper consultation with regard to coal mining operations. This responsibility exists over and above compliance with national laws.

However the companies appeared to have taken little or no action to either consult communities themselves or to ensure that government consultations were adequate and met human rights standards. Often, the companies and government authorities worked together to remove people from land identified for coal mining.

“Coal India knowingly benefited from land acquisition processes that violated the human rights of thousands of people,” said Aruna Chandrasekhar. “It cannot point to the failure of the government as a defence for its own failure to respect the rights of communities.”

“The human rights violations that seem to accompany mining by Coal India call into question the central government’s promises of inclusive development, with far-reaching impacts in the future,” said Aakar Patel.

“Coal India must urgently address the human rights impacts of the expansion of the Kusmunda, Tetariakhar and Basundhara-West mines, in full consultation with project-affected communities. It should ensure that these expansions do not go ahead until existing human rights concerns are resolved.”

“The central government must ensure that any land acquisition for coal mining involves human rights impact assessments and the seeking of the free prior and informed consent of Adivasi communities.”

“Coal mining is described as being integral to India’s economic progress. But development is hollow without dialogue and respect for human rights.”

(As reported from Amnesty International India Website. Images from various websites are used)