A cholera outbreak in war-ravaged Yemen has killed 315 people and left nearly 29,300 others sick in the past three weeks alone, the World Health Organization said.

The latest tallies come a day after the international charity organisation Doctors without Borders warned that the cholera outbreak could get out of control in Yemen. The impoverished country has been devastated by a power struggle between a Saudi-backed government and Iran-aligned rebels since late 2014. Yemen’s ongoing violence has taken a toll on its healthcare centres.

Last week, a state of emergency was declared in the rebel-held capital Sana’a after a large number of cholera cases were detected in the city. More than half of the country’s medical facilities no longer function, the WHO said. Some 7.6 million people live in Yemen’s cholera-threatened areas, according to UN estimates. 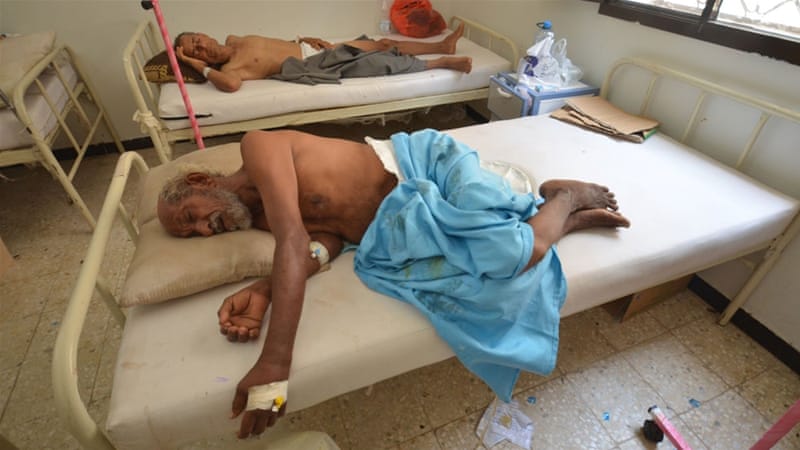 Cholera, an acute diarrhoeal infection, is caused by ingestion of food or water contaminated with the bacterium Vibrio cholera. If not treated, the disease can kill within a few hours. Almost 75 percent of people infected do not show any symptoms.

The short incubation period means outbreaks can spread with explosive speed, especially in places without safe water and proper sanitation, according to the WHO. The US Center for Disease Control and Prevention (CDC) estimates three to five million cholera cases annually and over 100,000 deaths occurring each year.