Ramadan isn’t peaceful and Eid not a celebration for the most persecuted minority in the world. The Rohingyan Muslims, a small ethnic minority from Myanmar’s Rakhine state had to flee their native land due to violent persecutions by the Myanmar government, military and the Buddhist nationalists. According to Indian Home Ministry estimates there are around 40,000 Rohingya Muslims living as undocumented refugees in India, more than thousand of them being in Delhi.

The Indian government has issued long term visa for these people but it doesn’t allow them to own a property or run a business. There isn’t any financial assistance from the UN or the Indian government. Most of them are engaged in construction works. They live in tents which are extremely unhygienic and even denied the basic facilities like water and toilets. Their women are often harassed by the local men when they have to go out for defecation.

Ramadan is indeed a relief because they are donated clothes and food by certain organisations, particularly Muslim organisations in the means of ‘Zakah’. Unfortunately these provisions are limited to the holy month. Back in Burma they used to have ‘chana pakora’ and ‘dooth petta’ ( two of their special dishes) for ifthar, but here in India they break fast with rice and vegetables.

In between all this insecurities they fear deportation even though India isn’t a safe option at all. The government accuses them of terrorism linkage. They have to suffer physical and mental harassment from the local people. “Indian will soon turn out to be another Burma for the Rohingyas. The Indian politics is playing games with us.”, says Abdul Khan who’ve been in India since 2013. He wants the government to resettle the refugees to a third country or their own country even when it is a dangerous option. 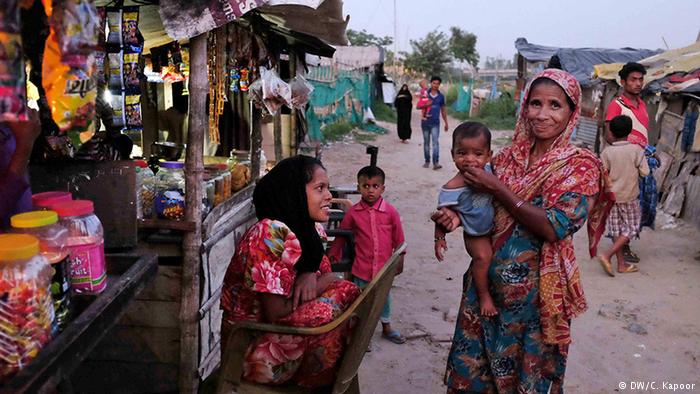 Now that the holy month is coming to an end and the world is looking forward to the celebration of Muslims all over it is just another day of anguish for many like Abdul Khan, who has to drag on, hopeless! “Eid isn’t special. Every Eid I remember my family in Burma and would feel that intolerable desire to go back to them. And I cry aloud…”, he says.