A protest Eid conducted at Calicut Beach of Kerala against Brahmanic terror and Hindutwa mob Lynching of Muslims in the name of Cow. Hundreds of people have turned up through a Facebook call. Hafiz Junaid was the focal point of discussion among the gathered mass. A funeral prayer led by Habeel Veliyancode occurred for Junaid from Haryana, who has been lynched by a terror mob by accusing him a terrorist wearing Topi and carrying beef. The protesters raised slogans of #MuslimLivesMatter and resistance against RSS Sangh terror and stood in solidarity with the victims of Cow Terror, according to latest data the list comprises a list of 20 Muslims including Muhammad Akhlaq and Pehlu Khan. They demanded justice for the victims of Sangh Fascism including Faisal of Kodinhi, the martyr of conversion to Islam and Riyas Moulavi, a Madrassa teacher from Kasargod, Kerala. 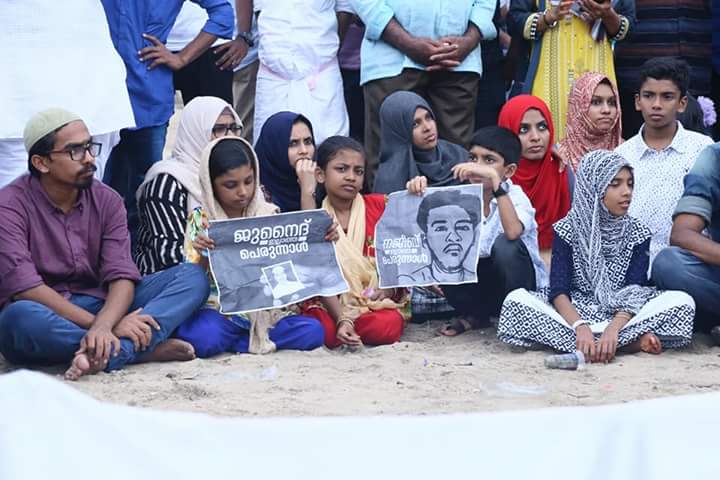 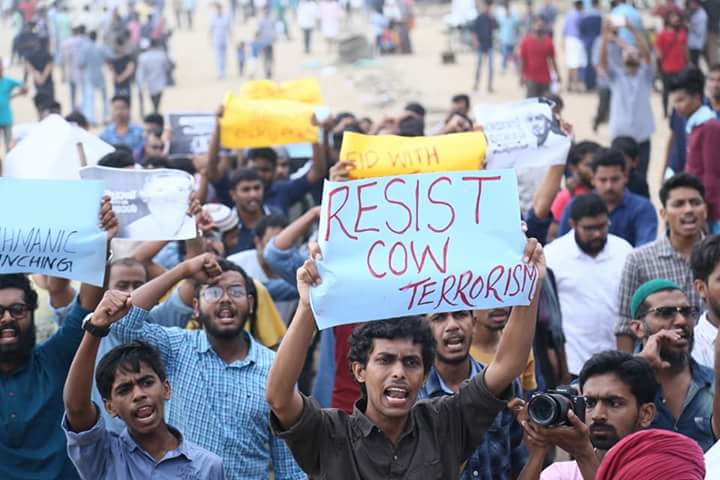 The protest started with a rally carrying funeral cots, symbolizing a farewell to the martyrs of Cow Terror and Muslim genocide. Thousands of people celebrating Eid at Calicut Beach witnessed the prayer and program.

The protest condemned the fearsome silence of mainstream Muslim organizations and Liberal intelligentsia on the matter of Muslim genocide under Sangh regime. The activists demanded immediate actions against the culprits and raised their concerns over a creative and united struggle against Sangh Fascism.