It will be nine years today since the Special Cell of Delhi Police claimed to have unravelled the conspiracy of the serial blasts that had struck the capital city the previous week, and the ‘encounter’ that resulted in the death of Inspector Sharma, a veteran of dozens of encounters and two young men, Atif Ameen and Sajid.

Atif Ameen had only recently enrolled in M.A.programme of Human Right, while Sajid was a minor at the time of his death. The NHRC guidelines on encounter killings were trampled upon with impunity – not the least by the NHRC itself. Its enquiry report – which is often thrown at us as proof the genuineness of the ‘encounter’ – was based only on the testimony of senior officers of the Delhi Police.

The NHRC had access to the post mortem reports of the three deceased and referred to these reports in its enquiry to endorse its clean chit. While it spent about 630 words on the one and a half page of Inspector Sharma’s post mortem; it expended merely 73 and 17 words on Atif and Saji’s postmortem respectively, which were four pages each. It was as if the NHRC shrank away from explaining the deaths of the two boys. 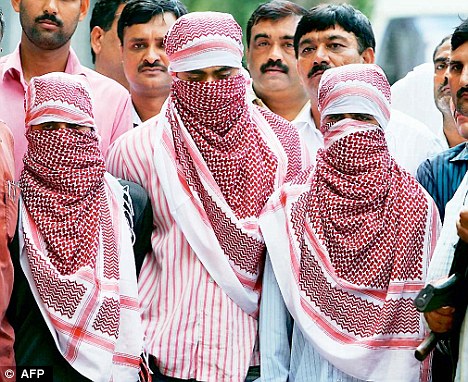 Months later, when the NHRC released copies of post mortem reports of the deceased in response to RTI application, whether advertently or otherwise – both the police version and the NHRC’s own enquiry report came under a cloud. The reports of the two boys showed the presence of non firearm injuries on their bodies, including injuries on knee cap and grazing effects in the back region of Atif; Sajid also displayed at least two injuries, “which had been caused by blunt force impact by object or surface”. Furthermore the gun shot wounds clearly suggested foul play. Almost all the entry wounds on the body of Atif Ameen are on the back region, below the shoulders and at the back of the chest, which point to the fact that he was repeatedly shot from behind.

Sajid sustained gun shot wounds in the head, neck and shoulder region. The entry points and trajectories of gun shots in his case suggest that he was held down by force while bullets were pumped down his forehead, back and head.

The injuries seriously call into question the police story that the duo was killed in cross fire (in which case, there should have been frontal injuries.

Why did the NHRC ignore these startling facts? Why has there been no enquiry to establish how precisely Atif and Sajid died? Why have their deaths been allowed to fall into a legal blackhole, with no enquiry worth its name?

State vs Shahzad: The Trial of Inspector Sharma’s death

What is often called the Batla House trial was really a trial of the death of Inspector Sharma. Repeated pleas by the defence that the prosecution also explain the deaths and injuries on the bodies of Atif and Sajid (deceased accused), were brushed aside by flippant explanations such as the conjecture that injuries may have resulted from a fall. 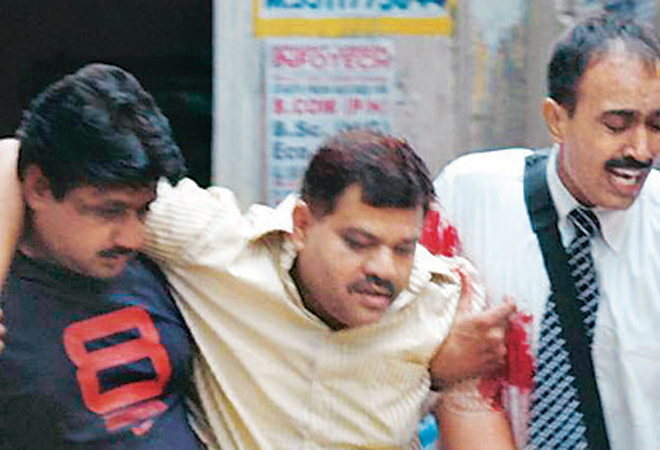 The key accused, apart from the deceased, was Shahzad Ahmad who was arrestedin February 2010 though his name had not even appeared in any police complaint or communication to the NHRC. The trial lasted three years, and over 70 witnesses were examined. In July 2013, the Additional Sessions Judge in Saket Court in Delhi pronounced Shahzad Ahmad guilty of the murder of Inspector Sharma, of attempting to murder, assaulting police officers and destruction of evidence. The Court upheld the prosecution story that Shahzad had fired upon Inspector Sharma on 19 September 2008, when he had entered the flat in Batla House to apprehend ‘terrorists’.

However, the court relied only on circumstantial evidence, with no direct proof of Shahzad’spresence in the house on that day. His fingerprints were not found in the flat, nor were any other items belonging to him – save an expired passport. In fact, the court goes well beyond even the prosecution’s case in order to explain how Shahzad might have escaped. While the prosecution had alleged that Shahzad escaped in the melee caused by the cross fire, the court invents the possibility of Shahzad hiding or taking shelter in other flats of the building, forgetting even the legal maxim that the prosecution is obliged to prove the case in the manner it has been alleged.

Shockingly, the court also endorsed the brazenly communal plea by the Addl Public Prosecutor that their case could not be corroborated by independent witnesses, as “majority of residents of that area are followers of the religion, as was of those suspects”.

Shahzad has presently appealed against his conviction in the High Court. The police has meanwhile moved an application demanding death penalty for Shahzad in a case in which they could not even prove his presence at the site on the day of the said killing.

For detailed critique of the judgement, see JTSA’s Beyond Reasonable Doubt?

The Arrests and Trial in the Delhi Blasts

Following the encounter, a number of arrests were made. Among those arrested were friends and acquaintances of Atif Ameen. Saquib Nisar, who had appeared on television shows on the night of the encounter and openly admitted that he had known Ameen was arrested for participating in the blasts conspiracy. Abdul Rehman, the caretaker of the flat in which the ‘encounter’ had taken place, and his son Zia Ur Rehman, voluntarily went to the police station to show the police a copy of the police verification report of the house in which the alleged terrorists resided. They too were arrested. Abdul Rehman on the charges of forging the rent lease deed, and his son for carrying out the blasts.

Of course, terrorists willingly submit their documents for police verification; surely they also appear on television news shows and admit acquaintance with someone who has been killed by the police in the encounter and declared a terrorist. Certainly, it would appear that guilty go to the police station on their own accord to furnish documents.

The prosecution received an early jolt to their case when in February 2011, the additional sessions Judge Ms. SantoshSnehi Mann threw out all charges against one of the key accused Md. Salman— at the point of charge—in all five cases in Delhi bomb blasts for lack of any evidence. Salman’s discharge at this early stage of charge indicated the weakness of the Delhi Police’s claims.

Earlier this year, in May 2017, the prosecution suffered another defeat as Abdul Rehman was cleared of the charge of cheating. Though the FIR against Rehman was filed under sections 420/ 468 and 471 IPC, the charges could be framed only under s. 420. But even so, the prosecution miserably failed to prove his offence, and the additional session court held that “the order for framing of charge … for offence under section 420 IPC is not sustainable in the eyes of law.”

The Delhi Police could claim today that this was merely a case of fraud and had nothing to do with the blasts case, but it should be remembered that in the September of 2008, Rehman’sarrest was linked very directly to the crackdown of the so-called IM module.

Soon after their arrest in the Delhi blast case, many of the accused were also charged with the Ahmedabad blasts. The Gujarat crime branch arrested and transferred them to Sabarmati jail. For almost four years, the Gujarat Government invoking Sec 268 of CrPC refused to allow them to travel to Delhi for their trial. Besides the delay, this also meant that the accused could not confer with their lawyers.

Though in July 2010, a Supreme Court Bench of justices V.S. Sirpurkar and T.S. Thakur, directed the State of Gujarat to produce the accused in their trials outside the state, it was only when in late 2012, the key prosecution witness, an auto driver, failed to recognize accused Shakeel on camera that the prosecution asked for the accused to be produced in Delhi!

Since February 2013, most of the accused have been shifted to Delhi.However, the trial was then shifted, at a considerably late stage, to a special court set up for all Special Cell cases in 2013,which further impeded the trial.

A delayed trial weighs negatively and heavily against the accused. We have seen by now scores of cases where the accused spend almost an entire lifetime in jail before being finally acquitted. This can hardly be called justice.

This case too has been marred by deliberate delays by the prosecution. In the past nine years, less than half of the total witnesses listed have been examined. Often, not enough advance notice is given to the Defence about the witnesses who are to appear, thus severely handicapping the defence. Protracted trial also implies frequent change of judges. In a case like this where several attempts have been made to subvert the process of law by influencing witnesses – debunked each time by the defence – it is important and reasonable to expect that it is the trial judge who has been privy to these attempts is the one who pronounces judgment.

As the wheels come off the prosecution’s wagon and as prosecution witnesses turn hostile, it is imperative that the judge who sees, hears and records the testimony should be able to adjudicate the innocence or guilt of the accused. How many times have we heard judges – who have merely seen the record rather than personally recorded the evidence – assert that a witness cannot be expected to remember everything after the passage of many years, thus granting benefit of the doubt to the prosecution, where ideally it should have been the defence’s prerogative. So a delay, which is not on account of the defence – becomes loaded against the accused in multiple ways.

If it has taken the court nine years to examine 50 per cent of the witnesses, are we to expect the trial to take another decade to conclude? Meanwhile, the accused continue to be in jail with no possibility of bail. While most accused have not applied for bail, perhaps in acknowledgment of the odds stacked against them – those who did apply (Mansoor Akbar Peerboy, Akbar Ismail Chaudhary. AsifBashiruddinShaikh, Mubin Kadar Sheikh) have all had their applications rejected both by the trial court as well as the High Court.