What’s going on in Jerusalem is what has always been going on in Palestine since 1948 – the forced dispossession of Palestinian Arabs of their identity, land and heritage.

Because of Donald Trump’s declaration to move the US embassy to Jerusalem and the resultant global outrage regarding this decision, many people have become interested in understanding what is going on in Palestine and what the global ramifications might be.

They are finally becoming aware, after 69 years of Nakba, 69 anniversaries of Human Rights Day and 69 years of falsification of history, that the Palestinian people, like all other peoples in the world, do in fact have the right to self-determination and return.

Israel is surrounded by the Palestinians (among them 5 million UNRWA Palestine refugees in Gaza, the West Bank, Lebanon, Syria, and Jordan) it drove out of Palestine to establish the Apartheid settler colonial Jewish state there. These people are mostly, but not exclusively, Muslim in religion. They are the indigenous people of Palestine, Arab in culture, the true owners of the land.

But at the center of Zionist mythology is illegally-annexed Arab East Jerusalem.

The unilateral declaration by the US president has caused so much protest because it recognizes Israel’s sovereignty over illegally annexed East Jerusalem with its ensuing residency revocation and forcible illegal transfer of many Palestinians from the city.

The declaration also goes against international law (14 of 15 Security Council members denounced it) as well as breaks with decisions on such “recognition” by every American president since Harry Truman formally recognized Israel on May 14, 1948. (See also Jerusalem as corpus separatum and its legal implications.)

But why is this happening now?

Harry Truman was swayed in his decision to recognize Israel by his political adviser, Clark Clifford, who wanted to secure the Jewish vote and funds essential for winning the US’s upcoming presidential election.

Donald Trump was also influenced in his decision by influential American Jews like Sheldon Adelson, Jared Kushner, Jason Greenblatt and US envoy to Israel David Friedman and by right-wing Christian evangelicals.

Today in US domestic politics, despite the disillusionment with Israel of the younger generation of American Jews, support for Zionism is loud and powerful among the traditional base of Zionism, as well as among Evangelical Christians and neo-fascists. The American Israel Public Affairs Committee (AIPAC) continues to have a death grip on both parties.

Shamefully, on this issue, as Stephen Zunes writes, “there is no real opposition party” in the US.

The Palestinian Authority is impotent, shackled by Oslo and the fraudulent promise of a “two-state solution” . It has zero leverage other than to dissolve itself and leave Israel and the US to foot the bill for the occupation.

Arab countries such as Jordan, Egypt and Saudi Arabia are American allies and heavily dependent on the US. These countries are not expected to act against their political self-interest. There is no “Arab supremacy” doctrine to parallel or counter the “Jewish supremacy” doctrine of Zionism. 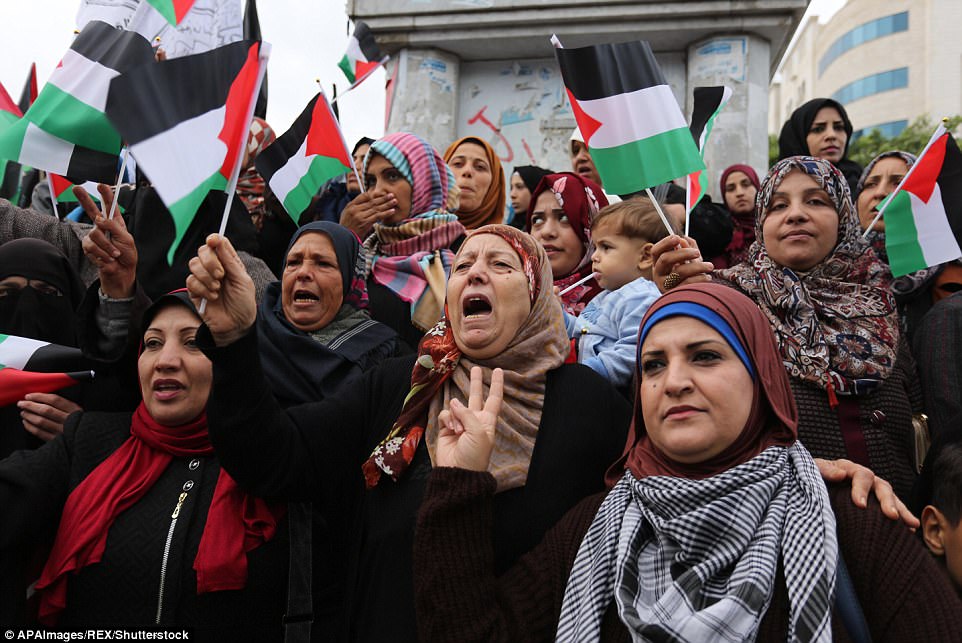 When Palestinians say that Jerusalem or Palestine is Arab, they are referring to Palestinian Arabs of any religion, and not to a generic supremacist notion of Arabness in the political sense, the way Israel refers to Jews and Jewishness.

Arab countries are not likely to come to the rescue of Jerusalem, but Muslims (who are largely non-Arab) are – not least because of Jewish encroachment on al-Aqsa Mosque in Haram al-Sharif compound (see also Jerusalem’s Temple Mount: The Hoax of the Millennium! by Mike M. Joseph, 2011). And that’s where, unfortunately, the Islamophobic West’s anxieties are focused – not, as they ought to be, on warmongering Israel (See After Israel: Towards Cultural Transformation by Marcelo Svirsky 2014).

Through the Boycott, Divestment and Sanctions (BDS) Movement and other strategies for resistance, the Palestinian Authority must find a way to get rid of the racist “two state solution” concept, renounce the Oslo Accords, and come up with a democratic alternative, one that does not deny the humanity of Palestinian Arabs nor value the well-being of colonizing Jews (euphemistically called “settlers” or “immigrants”) over that of the indigenous people of historic Palestine – of any religion.

(Rima Najjar is a Palestinian whose father’s side of the family comes from the forcibly depopulated village of Lifta on the western outskirts of Jerusalem. She is an activist, researcher and retired professor of English literature, Al-Quds University, occupied West Bank. She contributed this article to PalestineChronicle.com.)