Israeli forces have displaced at least 43 United Nations-registered refugees in a “large-scale demolition” of Bedouin homes and structures in the occupied West Bank, according to the UN agency for Palestinian refugees (UNRWA).

Among the buildings destroyed in the West Bank’s Anata village were seven homes, four animal shelters and four outdoor washrooms, UNRWA spokesman Chris Gunness said in a statement on Wednesday. Three of the buildings demolished on Tuesday were funded by an international NGO he said to AlJazeera. 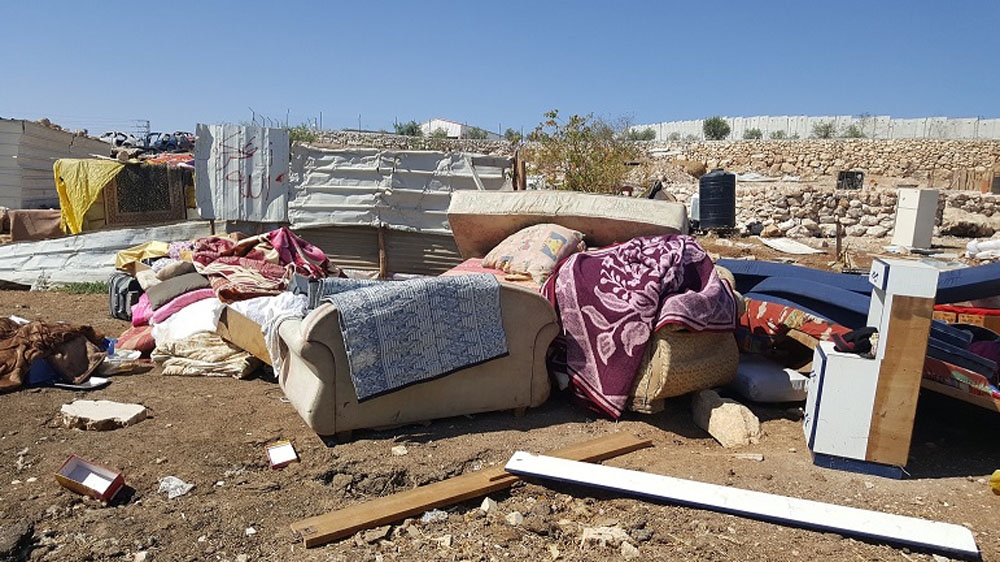 Seven Palestinian families comprised of 43 people, including 25 children, were displaced by the demolitions. They also included a 48-year-old father with Parkinson’s disease, a 48-year-old man who is unable to walk, an 84-year-old woman and another woman who is seven months pregnant.

“It is heartbreaking to see such shocking disregard for international law and the impact it is having on an entire UN protected community,” Gunness said.

“While condemning this disregard for international law, we would respectfully remind Israel, the occupying power, that under the Fourth Geneva Convention, it has an obligation to respect family rights, including the dwellings of the protected population – not destroy them.”

While Israel claims the homes were built without the proper permits, rights groups maintain that Israel’s ongoing occupation of the West Bank, including East Jerusalem, violates international law.

For more readin on the issue, visit www.aljazeera.com