Police massive lathicharge on Gail Pipeline Protesters near mukkam, Calicut, Kerala. Police vandalized a makeshift venue of the protesters and used tear gas against the people. Protesters reacted by throwing back stones and blocked national highway. 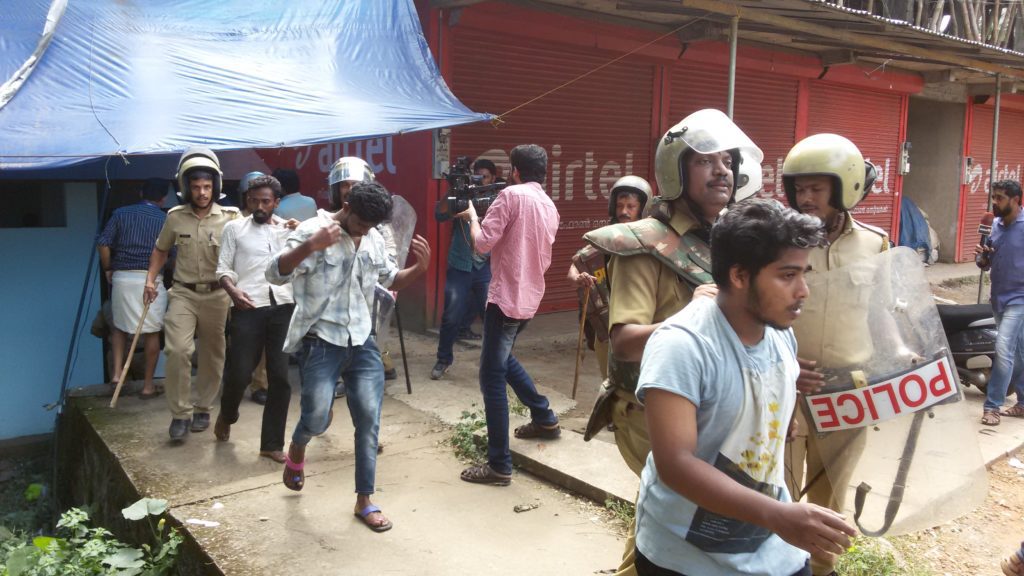 The people, under the banner of a protest council, have been agitating against land acquisition for the project. They raised serious concern about the safety of pipeline, compensation for their land and loss of houses. The pipe line is passing through small villages, where hundreds of people live closely. For most of them, its their lifetime saving.

The state government, till date have not responded to the demands of protesters. They are not even ready for a discussion with the protesters. GAIL authority also neglected the voice against and is taking the project forward.

Chief Minister, Pinarayi Vijayan earlier declared that the project will be completed at any cost. CPIM MLA of the region, George M Thomas have came in support of the police action saying “Police did their duty and there is nothing wrong in that”.

The Petroleum and Minerals Pipelines (PMP) Act of 1962 specified that no gas pipeline should be laid through residential areas. It is violated here and people have been continously staging protest since 2012.

Now the action council is looking forward to get wide support from national organisations, political parties and media.